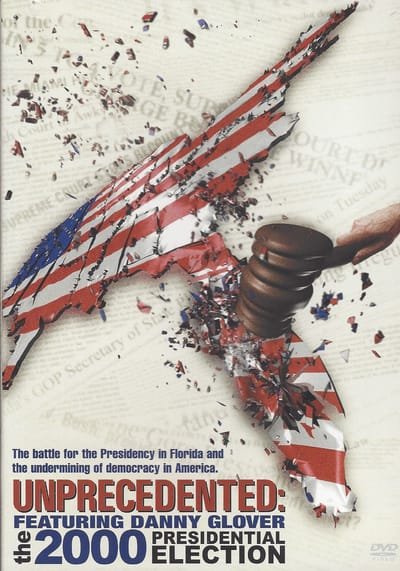 Unprecedented: The 2000 Presidential Election is the riveting story about the battle for the presidency in Florida and the undermining of democracy in America. Filmmakers Richard Ray Perez and Joan Sekler examine modern America's most controversial political contest: the 2000 election of George W. Bush.

What emerges is a disturbing picture of an election marred by suspicious irregularities, electoral injustices, and sinister voter purges in a state governed by the winning candidates brother. The 2004 Campaign Edition features new commentary by Danny Glover and a new segment on the dangers of electronic voting machines.

“...presents a convincing case that the wrong man took Florida and the country.” — The Boston Globe

“...will hold you in a state of appalled enthrallment.” — New Yorker Magazine

Buy the DVD on Amazon